Andy Crouch makes connections between culture, creativity, and Christian faith. His two most recent books—2017’s The Tech-Wise Family: Everyday Steps for Putting Technology in Its Proper Place and 2016’s Strong and Weak: Embracing a Life of Love, Risk and True Flourishing—build on the compelling vision of faith, culture, and the image of God laid out in his previous books Playing God: Redeeming the Gift of Power and Culture Making: Recovering Our Creative Calling.

Andy serves on the governing boards of Fuller Theological Seminary and the Council for Christian Colleges and Universities. For more than ten years he was an editor and producer at Christianity Today, including serving as executive editor from 2012 to 2016. He joined the John Templeton Foundation in 2017 as senior strategist for communication. His work and writing have been featured in The New York Times, The Wall Street Journal, Time, and several editions of Best Christian Writing and Best Spiritual Writing—and, most importantly, received a shout-out in Lecrae’s 2014 single “Non-Fiction.” 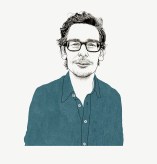 José has been the creative director at Metaleap since he founded the firm in 2002. After receiving his BFA in 1995 from Savannah College of Art and Design, he worked as a designer at several major advertising and design firms in the South. Over the years he has received a variety of accolades, the most memorable being the “My Hero” trophy crafted and given to him by his daughter when she was eight years old. Born in Puerto Rico and raised in Turkey, Utah, New Mexico and Florida, his love and curiosity of all things keeps him traveling and searching for inspiration in the world around him. 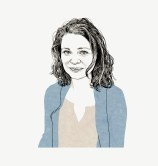 Nikolle has been the vice president and managing director of Metaleap since 2004. Nikolle earned a Master’s degree from the Georgia Institute of Technology and an MBA from Goizueta Business School at Emory University. She served as a partner and consultant to Metaleap from the very beginning, providing key strategic and organizational advice to the growing start-up while simultaneously maintaining a career as an investment banker on Wall Street. Later, she made the jump from finance and began using her wide-ranging experience to serve Metaleap and its clients. She now gets to walk through projects with clients and explore the possibilities for their companies, and manages the “business of the business.”

Megan is Professor of Philosophy and the Rev. John A. O’Brien Collegiate Chair at Notre Dame. She also serves as the Director of the University Philosophy Requirement. Sullivan’s research tends to focus on philosophical problems concerning time, modality, rational planning and religious belief (but rarely all four at once).  She teaches courses at all levels, including large introductory courses like God and the Good Life and specialized graduate seminars on metaphysics, philosophical logic, and rationality.  She also works on developing the philosophy component of Notre Dame’s core curriculum.

Sullivan has degrees from UVa (BA with highest distinction: Philosophy and Politics – 2005), Oxford (B.Phil: Philosophy – 2007), and Rutgers (PhD: Philosophy – 2011).  She studied at Oxford as a Rhodes Scholar.  Sullivan has spent her career so far at Notre Dame, where she was awarded tenure in 2015.  She was the Rev. John O’Brien Collegiate Associate Professor from 2015-2017 and was promoted to Professor in 2017.

Sullivan regularly writes shorter public philosophy essays — including publications in The Huffington Post, Commonweal and First Things — and gives public philosophy talks.  She is a co-editor for the Philosophy of Religion portfolio of the Stanford Encyclopedia of Philosophy.  She serves on (too) many committees and frequently collaborates with grad students.  You can get all of the gory details by reading her CV.

Andrew Schuman graduated from Dartmouth College in 2010, where he served as the founding editor of The Dartmouth Apologia, Dartmouth’s journal of Christian thought. After graduation, he founded the Waterman Institute and the Eleazar Wheelock Society as well as served as a pastoral intern at Christ Redeemer Church in Hanover, NH. In 2010 he collaborated with other student editors across New England to co-found the Augustine Collective. Andrew recently completed an MAR and MBA at Yale University. He currently serves The Veritas Forum as Director of Veritas Labs and lives with his wife Caitlin in Somerville, MA.

Justin Hawkins graduated with a degree in political philosophy from Georgetown University (’11), where he was a writer and editor for Utraque Unum, Georgetown’s undergraduate research journal in the humanities. He recently completed his MAR in Philosophical Theology at Yale Divinity School, where he was Editor-in-Chief of Glossolalia: The Graduate Theological Journal at Yale Divinity School. He is currently a PhD student in the Religious Studies program at Yale University, concentrating in ethics. One of his proudest moments in life was giving an unwelcome and unreciprocated bear-hug to the FOX news anchor Geraldo Rivera during the middle of a student demonstration.

Inez Tan is the West Coast Coach and Communications Coordinator for the Augustine Collective. She graduated from Williams College in 2012, where she served as editor-in-chief of The Williams Telos. She is currently pursuing an MFA in Poetry at the University of California, Irvine, and holds an MFA in Fiction from the University of Michigan.

Sarah Clark was the Managing Editor of The Dartmouth Apologia and majored in English and Russian Area Studies. Since her graduation in 2011, she has worked as a lifestyle magazine editor, been the founding managing editor of Fare Forward, and is currently working as a copyeditor at HarperCollins Christian Publishing in Nashville. She grew up in South America and still enjoys trying to recreate Brazilian food at home with her husband Charlie.

While at Dartmouth, Charlie Clark was Editor-in-Chief of Apologia. After graduating with a degree in Classics, he earned his law degree from the University of Tennessee, and he now works in his family’s fourth-generation scrap metal recycling business. Charlie is a founding editor of Fare Forward and chairman of its board of directors.

Ryan Stewart graduated in 2014 from Pomona College, where he founded and served as editor-in-chief of the Claremont Ekklesia. After spending two years working as a writer and digital strategist at Sojourners, he began his Masters of Divinity degree at Yale Divinity School this past Fall.